The 10 things to see (and do) on the Amalfi Coast

One of the gems of Italy, a picturesque corner of the world, a scenario that you will never see anywhere else: the Amalfi Coast is a UNESCO World Heritage site, famous throughout the world for its natural beauty, still wild and pristine despite the myriad of tourists that visit it throughout the year. Amalfi is, geographically and historically, the centre of the Coast, around which a series of little towns branch out, each with its own character and traditions. Positano, Maiori, Minori and Ravello are just a few of these towns which you can visit to lose yourself in the beauty of a unique and unforgettable place. A not-to-be-missed opportunity to experience with Emma Villas which in this area  has many wonderful properties such as Casa Maria, Pimpinella and Casa Noemi, oltre a tutte quelle che si possono trovare su EmmaVillas.com.

The first thing to do on the Amalfi Coast is to give yourself up to the beauties of the place and visit it, perhaps on board a scooter or an open-top car, calm and relaxed, because there are no highways but just winding roads that ascend and descend alongside the sea. Park your car or scooter and wander around these beautiful places between the blue sky and the blue sea, among the colours of the houses and the aromas of the restaurants for a gastronomic tour, from Vietri sul Mare to Positano, passing through Amalfi. 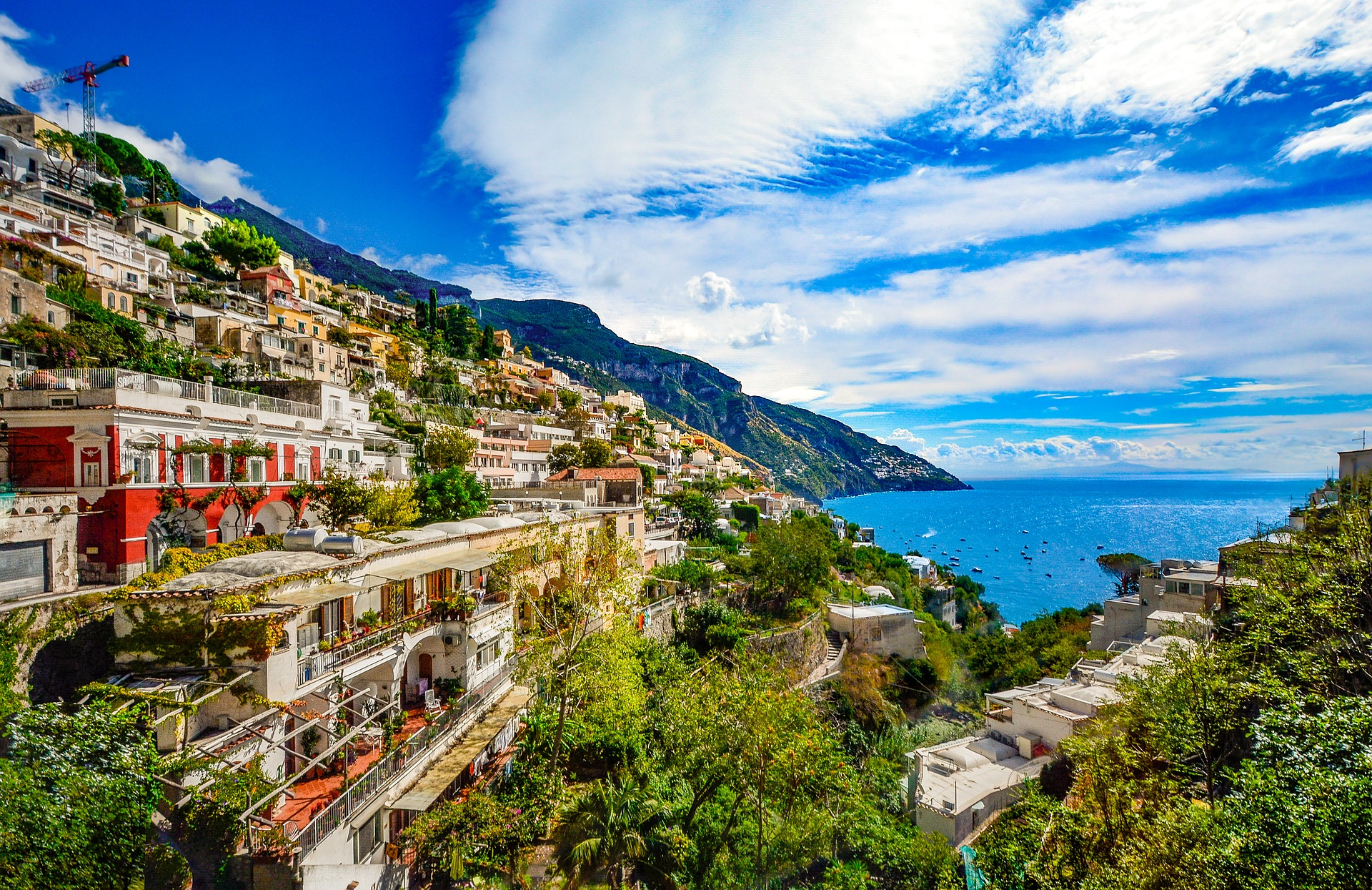 The Amalfi Coast is a Unesco World Heritage site, but its gastronomic specialties are also considered unique and protected, such as the Limone Costa d’Amalfi, also known as Sfusato Amalfitano. In addition to letting yourself become inebriated by the scent of lemons, cakes, biscuits and lemonades, you can also take a tour of a plantation to learn how the lemon, treasure of this land, is cultivated. Among the most well-known is the Cooperativa Amalfitana Trasformazione Agrumi that organizes the Amalfi Lemon Experience, to be rigorously concluded with a good glass of limoncello.

3. Vineyard Tour in the borgo of Tramonti

Tramonti: a beautiful inland locality among the Monti Lattari with abundant native grape varieties where you can enjoy the wine and  the local gastronomic products of Tenuta San Francesco where Justin Timberlake and Jessica Biel were also guests.

4. Tour of the Coast: nature walk in Scala

Another nice thing to do is a visit to Scala, the oldest town on the Amalfi Coast and one of the less frequented. It is the ideal place to enjoy the Coast away from the clamour of the tourist season and to experience something totally different. In Scala, in addition to the many attractions to be seen, such as the Cathedral of San Lorenzo, you can lose yourself in the wonderful natural surroundings and follow one of the many walking or cycling paths  in the Valle delle Ferriere Nature Reserve  between Amalfi and Agerola.

5. Ravello, what to see: a VIP night at Palazzo Avino

Along the Coast are beautiful spas and wellness centres that offer a dream experience in historic buildings like Palazzo Avino in Ravello, the old palace that once belonged to the Sasso family and which stands on a hill with a breathtaking view

6. A cookery class in Ravello with a visit to the organic vegetable garden

Fans of fine food can attend the famous cookery lessons at Villa Maria in Ravello, where the chef-teacher is a true institution of the place and where you can cook the products that have been grown in the organic vegetable garden, which can also be visited.

7. What to see in Ravello: on the set of Wonder Woman

In Ravello are two splendid villas that can be visited, Villa Rufolo and Villa Cimbrone. Here some scenes of the cult movie Wonder Woman with Gal Gadot  were filmed. You can visit both  villas and find out about their  important history, linked to their origins and to the families which owned them.

8. Boat Tour of the Amalfi Coast

Among the things to see on the Amalfi Coast are the beautiful beaches but obviously the experience of a boat tour cannot be missed – to put out to sea and dive into the deep blue water, to enjoy the sight of the little seaboard towns and beaches of Vietri sul Mare, Cetara, Maiori, Minori, Atrani, Amalfi, Conca dei Marini, Fiordo di Furore, Praiano and Positano. 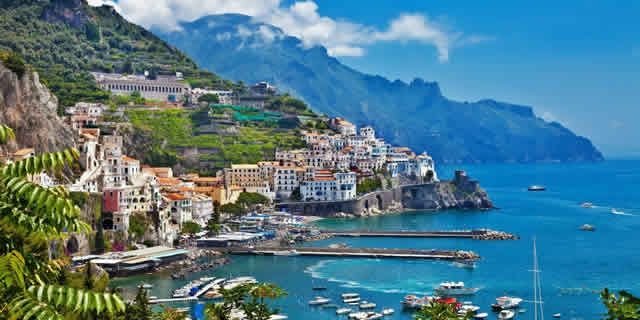 9. To see the panorama of the Amalfi Coast from above

For those who are still wondering what to include in their tour of the Amalfi Coast, here is what you can see from the towns set up above: the highest part of Praiano reveals a breathtaking view and you will be enchanted by a tour of Positano which, in its highest point, looks out over a gulf of rare beauty. 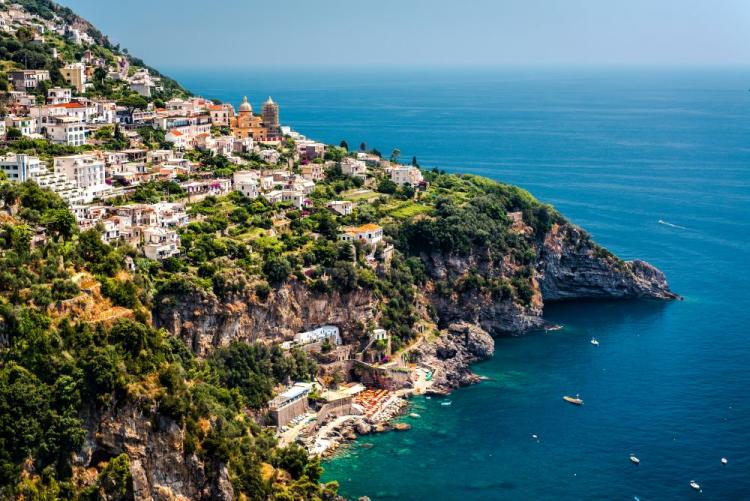 10. Amalfi Coast: what to visit? Obvious, the fiord of Furore

Finally, among the places to visit on the Amalfi Coast is the famous and unmissable fiord of Furore, the town where Rossellini shot his film L’amore.

Amalfi coastEmma Villas
Previous The most beautiful natural spas in Tuscany Next Positive debut for the Emma Villas Tour 2018 in Milan!