Discover the beauties of Genoa and its surroundings with Emma Villas!

Like all the great Italian art cities, Genoa offers many ideas and many things to see. Genoa has traversed many centuries of history, so we see a city that is medieval, Renaissance,  Baroque and modern. What cannot be missed is the medieval town centre, the largest in Europe,  with its houses that were built in limited spaces and so developed upwards.

Bordering on the “caroggi” (the alleyways) is the splendid Strada Nuova, which today is called Via Garibaldi, with the famous Palazzi dei Rolli, aristocratic residences considered an asset to be protected by Unesco. Here we find two great museums, Palazzo Rosso and Palazzo Bianco, with important works by Flemish and Italian Renaissance artists. Here is also Palazzo Tursi, seat of the town hall, which preserves the famous violin of the Genoese Nicolò Paganini. 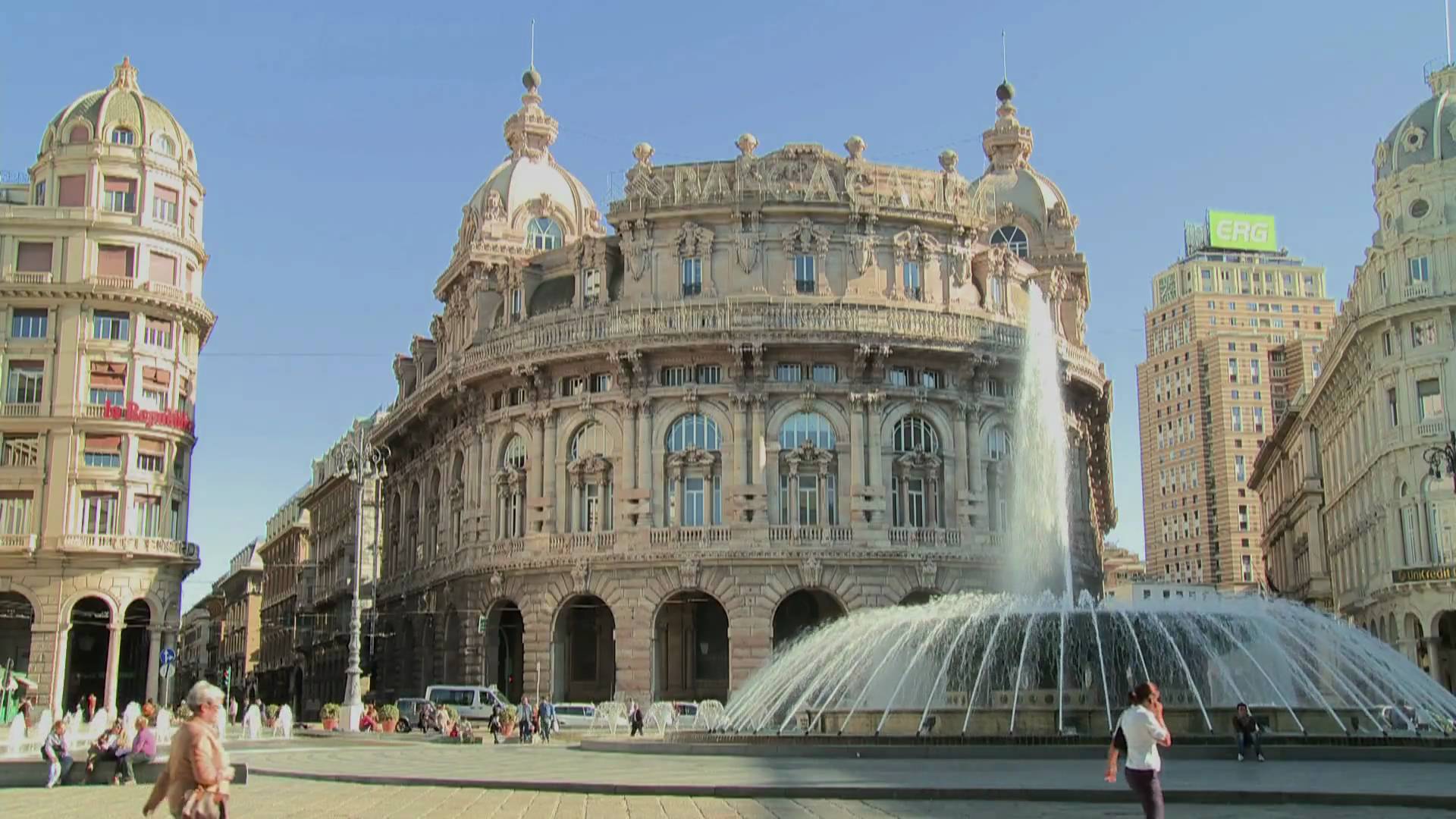 Close by is the Torre Grimaldina, which towers above Palazzo Ducale, a place to visit and the seat of  major exhibitions such as that of the Expressionists which is currently being held.

Following the fantastic Via San Lorenzo and the impressive Duomo of Genoa, dedicated to San Lorenzo, you come to the sea.  Well worth a visit are Palazzo San Giorgio, symbol of the power and vigour of the port,  Porto Antico with the Aquarium tanks (not to be missed), and the rooms of the Muma, Museum of the Sea. From here, looking towards the west, you can see the Lanterna, symbol of the city, which can now be visited. In the heart of the city are also two National Galleries: Palazzo Reale, with its fantastic view of the sea, and Palazzo Spinola di Pellicceria. A visit to Palazzo del Principe, with its famous tapestries and garden, is a must.

If you need to cool off, here are the parks of Nervi and walks along the seafront. There are many events to make your holiday in Genoa special. In May Slow Fish, an international event dedicated to sea food, is held in Porto Antico. Genoa hosts the Boat Show, between the end of September and the beginning of October. During the summer there are many musical events, mainly concentrated in Porto Antico. Genoa is also a city of theatres, including the famous  Opera Carlo Felice, and throughout the year the offer is vast.

Well worth a visit is the hinterland of Genoa, where the Parco dell’Antola lies between the Scrivia Valley, with the famous Castello della Pietra, and the Trebbia Valley, from where many excursions depart. Not to be missed is the Stura Valley, also known as the Latte Valley. Between Mele and Acquasanta, behind the western districts,  are the famous Baths. Also worth mentioning are Arenzano and Cogoleto, seaside borghi close to the city.

What to see in Santa Margherita Ligure?

Strolling along the seafront, at a certain point you will see the imposing silhouette of the Castle of Santa Margherita Ligure, the building of which started in 1550 and which is today privately owned.

This is not the only castle in the area, in fact near the seaside resort of Paraggi  is the Castle of Paraggi, also privately owned, built in the XVII century as a lookout point from where to spot potential enemies. In defence of the territory, during the XVI century a tower was built which today has become a memorial to the fallen and a historical museum also in memory of the fallen in war.

One of the most interesting places to see in Santa Margherita Ligure is undoubtedly Villa Durazzo, a splendid complex consisting of two villas set in a wonderful 17th century park. The lush vegetation and the charming Italian garden complete the visit of the villa.

If you are travelling with children you will enjoy the Parco del Flauto Magico, a public park that in 1998 underwent a restyling following in the footsteps of Mozart’s Magic Flute. The designs, paths and objects are clearly inspired by Mozart’s opera and, amongst the greenery and games, even adults will appreciate the peace and tranquillity that here reign supreme.

Rather than just seeing, you should also experience the beaches around Santa Margherita Ligure which are very varied, from sandy ones to those with pebbles, small and lonely coves, or those with bathing facilities and various amenities. Starting from the east you come to the area known as “Ghiaia”; here the beaches alternate between those with entrance fee and free ones, and even if the area is mostly pebbly you can also find small sandy areas. If you are on holiday with your dog it will be interesting to know that there is a beach especially for animals where you can take your four-legged friends; it is located near the Hotel Regina Elena and is called “bau bau beach” 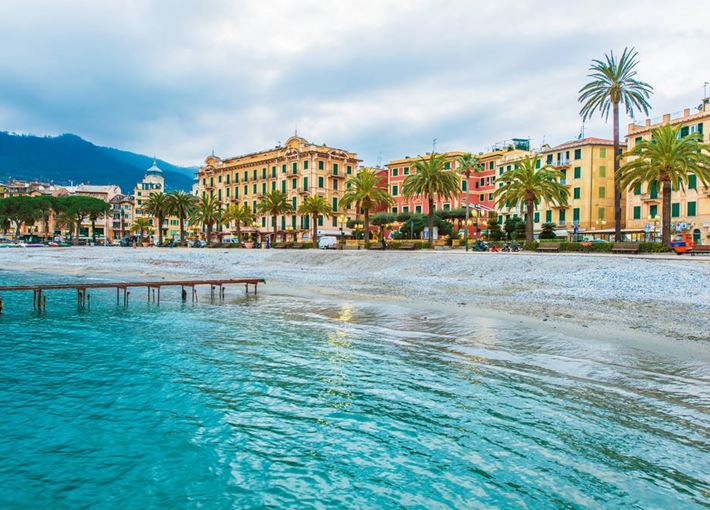 Continuing further towards Portofino you will come across beautiful bathing establishments with umbrellas, deckchairs, sunbeds, bars and various other services. Near the beautiful beach of Paraggi  are stretches of free coast, just before coming to the former fishing village, today one of the most exclusive and best equipped seaside resorts of the entire Ligurian Riviera.

Another interesting thing to experience and to see in Santa Margherita Ligure is the Natural Park of Portofino and protected marine area. The protection of this extraordinary territory has distant roots, in fact the establishment of the Natural Park dates back to 1939. Protecting this habitat made up of typical plants of the Mediterranean maquis that cling tenaciously to the steep rocky slopes, it was wanted to preserve this environment to make it accessible to everyone through a dense network of trails that can be covered on foot or by mountain bike.

The protection of the land environment has been followed, even if after many years,  by the protection of the clear waters that bathe the whole coast that includes villages of unequaled beauty like Santa Margherita Ligure, Camogli, San Fruttuoso and Portofino.

In 2000 the Marine Protected Area was created with the precise aim of safeguarding the marvellous coastline and the uncontaminated seabed rich in plant and animal species.

An oasis of peace, culture and serenity awaits you in Liguria! Discover our beautiful Brezza di Mare, a villa located 700 metres from the sea and available on our site!

Brezza di MareLiguriaSanta Margherita Ligure
Previous Emma Villas Tour 2018: another success in Florence with more than 150 owners! Next The Emma Villas Tour attains success and approval in Rome as well!