Castrignano del Capo is a town located at the extreme edge of the Salento peninsula and famous for being the southernmost comune of Apulia.

It is thought that the name is derived from the Latin word castrum (“fortress”) to which the specification “del Capo” has been added since it is located in “Capo di Leuca”, so as to distinguish it from Castrignano de’ Greci.

One of the main historic and cultural points of interest in the town is certainly the church of San Michele Arcangelo, built in 1743 on the ruins of a previous Renaissance church. Built in Baroque style, it still preserves some parts of the pre-existing Renaissance structure built between the two towers of the old fortress.

The old centre of Castrignano del Capo, called Borgo Terra, represents the first rural society of the town and dates back to the Middle Ages, a period in which various feudatory families followed one after the other.

The Borgo, one of the most intriguing places in the town, consists of a series of little twisting alleys that wind among the white walls of the houses with courtyards and characteristic balconies. There are numerous underground olive-oil presses. The small medieval centre was enhanced in 1460 by the interesting Palazzo Fersini; abandoned for many years, it has recently regained the importance it deserves.

A few kilometres from the town of Castrignano del Capo is the imposing Fiordo del Ciolo. This magnificent bay is located in a strategic position on the coast of Santa Maria di Leuca (see here the wonders of Santa Maria di Leuca) as it is reached by a road bridge suspended at a height of about 36 metres between the two sides of the fjord, ideal for free climbing and high diving, with a pristine nature and sea.

The coastal territory of the Salento, in fact, is full of caves and valleys of karst origin, making exploration and immersion some the best and most interesting activities to do in the area.

The small beach below is connected to the village of Gagliano del Capo by an impervious path where the most courageous can dive into the sea, despite the risk from the rocks that emerge at different spots in the water.

Discover all the villas that Emma Villas has to offer in this magnificent area of the Salento.

Villa Pajare Francesi is a refined and exclusive structure composed of two independent units immersed in typical Mediterranean vegetation. They are characterised by façades in local stone that combine with the exterior through white porticoes furnished in minimalist style. 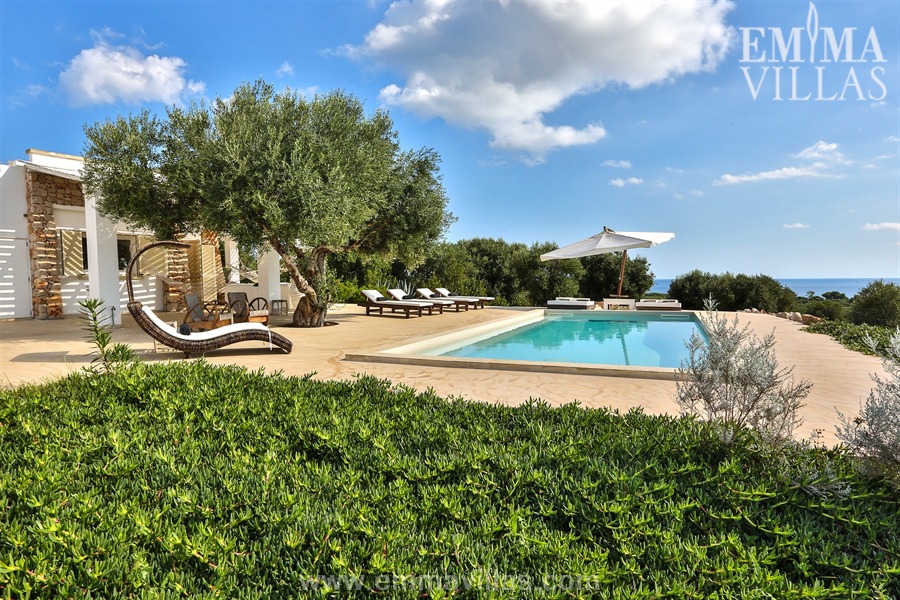 Villa Sanssouci is located in the Regional Natural Park and, more precisely, in the area of Gallipoli and Santa Maria di Leuca. 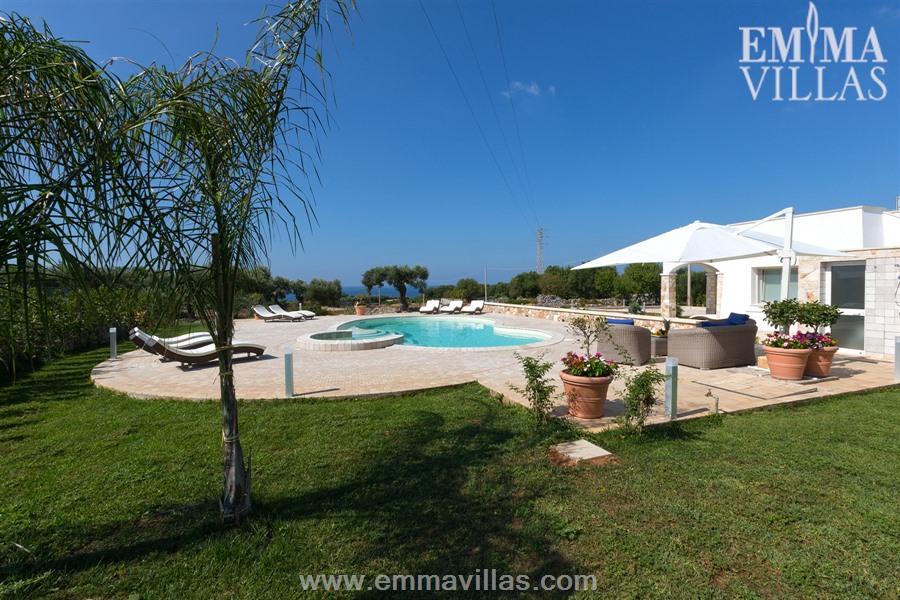 Le Lamie Mediterranee is a complex of 3 independent units, surrounded by olive trees and located on the hilly part of Santa Maria di Leuca. 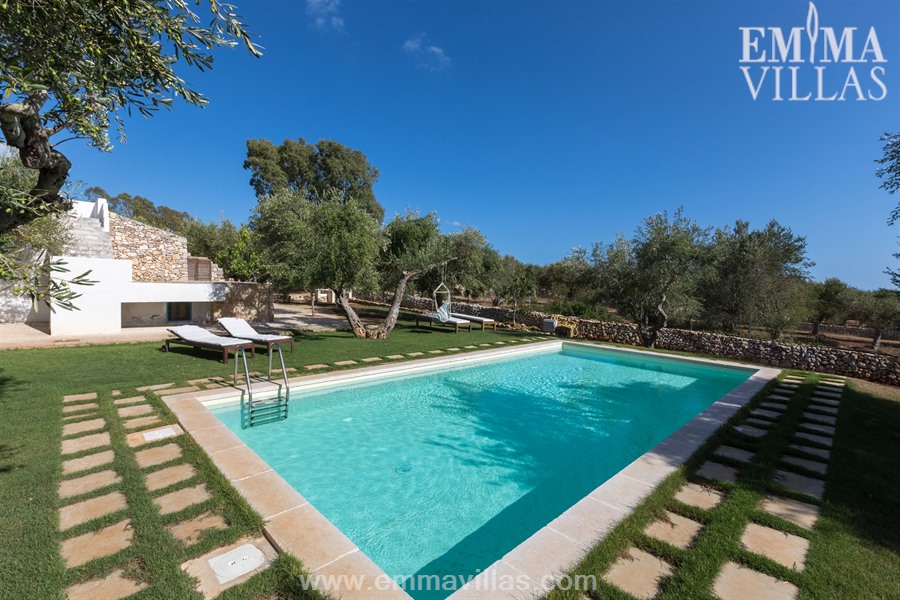 Villa Del Lentisco is located near the coast that connects Santa Maria di Leuca to Castro and is characterised by a wonderful view of the sea. 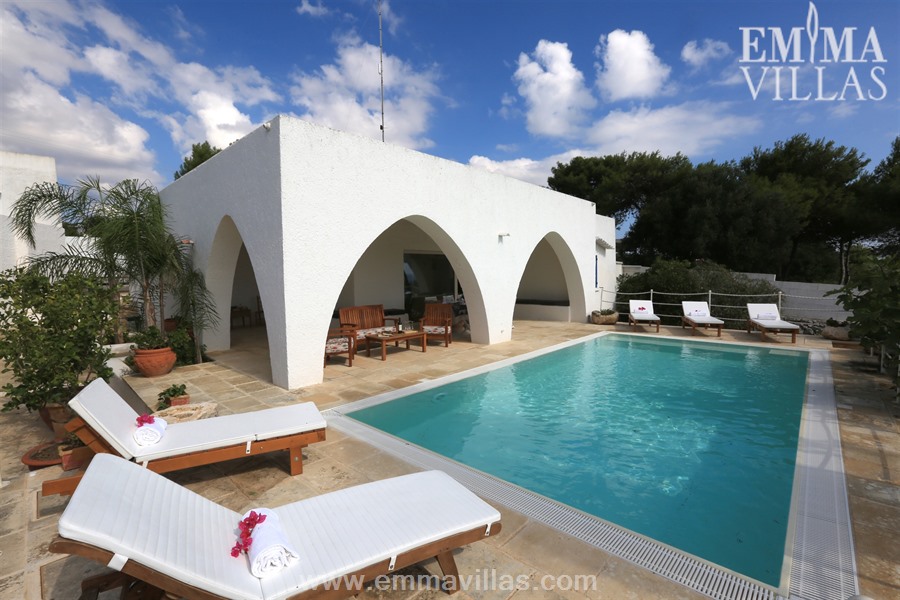 Villa Manco is a charming villa located in the scenic area of Santa Maria di Leuca and is thus an oasis of tranquility in addition to boasting a wonderful view of the sea. 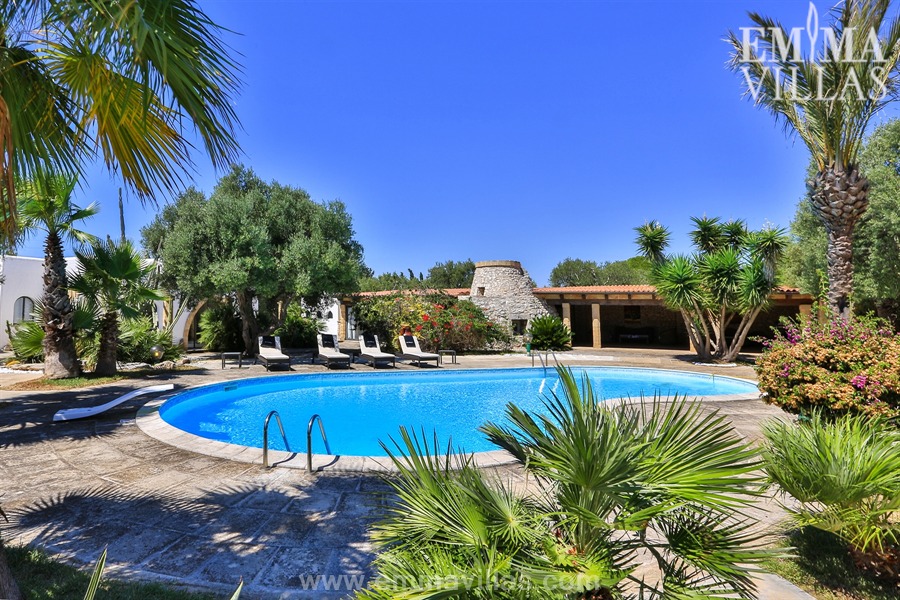 apuliaCastrignano del CapoEmma VillasTravel Ideas
Previous Villa Vallugola: the Queen of the Monte San Bartolo Park! Next The Emma Villas Tour arrives in the South: another success in Lecce!